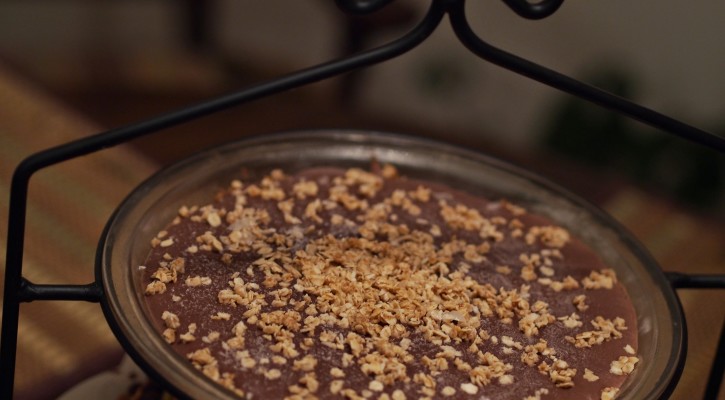 When I was a kid, my mom would always make us a frozen chocolate pie for the holidays. This is my own remake of a childhood favorite. I have tried this pie with several different types of crust. If I’m feeling lazy, I’ll just pour some granola and chopped nuts on the bottom of a pie pan. I’ve also tried lining the bottom of the pie pan with a layer or two of banana slices, which works great. If I’m particularly ambitious, I’ll make a flaky pie crust (I use the recipe from the cookbook “Vegan Vittles”). One that works particularly well with this pie is a homemade granola crumble crust that I make, which I will post the recipe for below. But know that pretty much anything will taste amazing with this chocolate coconut pie filling. So, without further ado, here is the recipe! Whisk together the non-dairy creamer and cornstarch and boil until thick. Add the coconut oil and stir together, with the heat turned down to low. Blend the mixture on the stove with the rest of the ingredients in a blender or food processor. Pour the chocolate filling into a prepared pie pan on top of a crust and freeze. For more of a mousse consistency, take it out after a couple of hours and transfer to the refrigerator. I prefer to eat the pie when it is frozen all the way, which will generally take 8 hours or more.

Stir together the dry ingredients. Melt the coconut oil and pour it along with the sweetener into the dry ingredients and mix them all together. Spoon the mixture onto the bottom of your pie pan and bake at 325 until it reaches a light golden brown color. 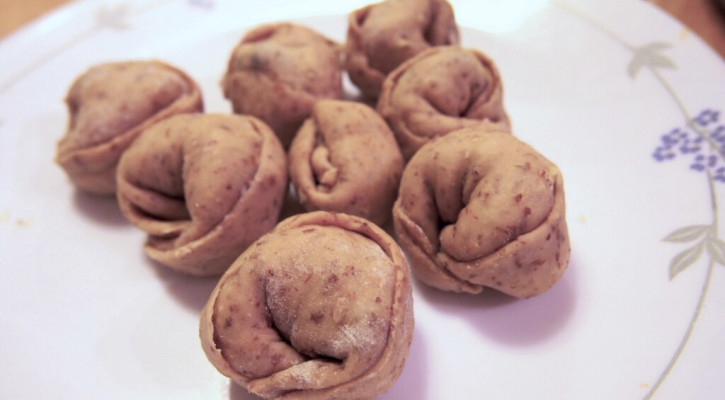 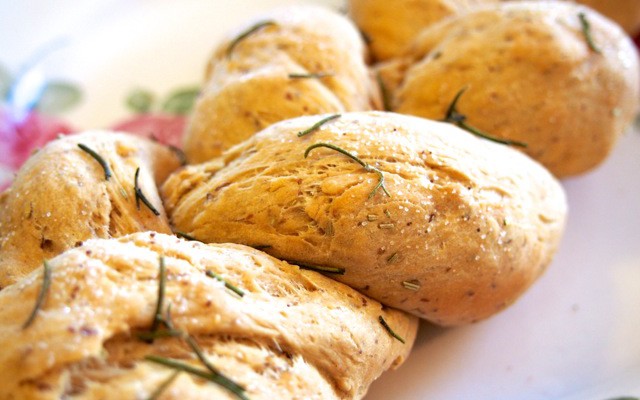 Since Thanksgiving this year fell on the first day of Chanukah, I felt it was only fitting to make vegan challah instead of the usual rolls for Thanksgiving dinner. This recipe is adapted from a Swedish cardamom bread recipe from the Vegetarian Times. This is probably one of the most delicious breads I have ever tasted. And if you know me, you know that I love bread.

Not only is it delicious, but it’s also fairly easy to make. Just be sure to plan far enough in advance to let it sit overnight in the fridge. That’s important. The first time I made it, I only chilled it for about 30 minutes because I’m impatient like that, and the finished product wasn’t nearly as big and beautiful as the next time I made it when I actually chilled it overnight.

So without further ado, I bring you, challah. Make some in the next few days to celebrate Chanukah! You won’t be sorry.

First, stir together the non-dairy milk, flaxseeds, agave nectar, oil, yeast and salt in a large bowl. Add the flour and mix well. You may need to use your hands to mix it thoroughly, but you don’t need to knead it. When the dough is mixed, cover with a lid or plastic wrap and let stand 2 and a half hours at room temperature. Then chill it overnight in the refrigerator.

Line a baking sheet with parchment paper (or coat with cooking spray). Divide the dough into two halves. Then divide your first half into three equal pieces. Roll each piece into a long rope on a floured surface. When I made the loaves pictured, I decided to add rosemary to my second loaf. If you want to get fancy with the spices, then feel free to throw in some rosemary (or other desired spice) to your remaining dough Repeat with your second half of dough and cover both with a towel, allowing them to rise for 30 minutes.

Preheat the oven to 350 F. Brush the top of your braided loaves with almond milk or spray lightly with cooking spray. Then follow by sprinkling with organic sugar. In the loaves I made today, I sprinkled one with cinnamon sugar and the other with fresh rosemary from my newly acquired baby rosemary plant. 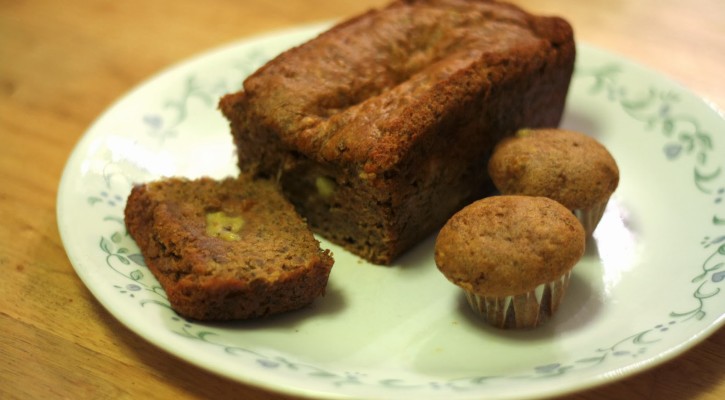 Tonight something happened in my household that rarely occurs: a surplus of ripe bananas. Normally, we go through bananas like water thanks to my brother, N. I decided to take advantage of this unprecedented plethora of bananas and bake a banana-themed dessert. This recipe is one of my favorites because of its simplicity, and because it lends itself so well to vegan baking. Bananas are a natural binder, which makes them an ideal replacement for eggs in baking. Also, the bananas add a really nice level of sweetness so you don’t have to go overboard with the sweetener. Oh, and did I mention that the finished product tastes fantastic? I hope you enjoy this incredibly simple recipe for healthy, delicious banana bread or muffins. (All photo credit goes to the amazing Tori Johnson). Preheat the oven to 350. Mash the bananas in a medium-sized bowl. Stir in the rest of the wet ingredients and mix well. Stir together the dry ingredients in a separate, smaller bowl. Mix the dry ingredients with the wet mixture. Add blueberries or walnuts, if desired. Measure into bread pans or muffin pans and bake until done (the time varies greatly depending on whether you are baking muffins or bread).

I’ve found that this recipe works best in mini bread pans or a muffin pan so the inside can bake thoroughly without the outside getting too brown. My absolute favorite thing to make with this recipe? Baby muffins. As Jim Gaffigan would say: “I’ll just have one or twelve.”